Everyone wants to know…
What’s That Wally Doing? 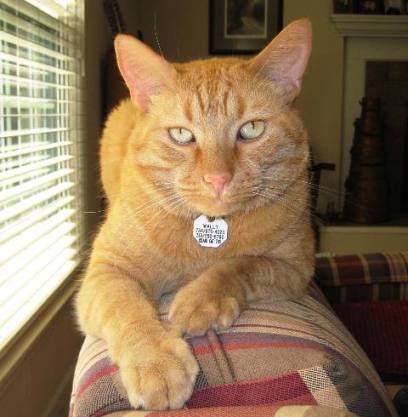 So I’ve been getting in some trouble lately…y’see, I wanna go outside all the time now.  I know, I know…inside’s better, but I just can’t help myself.  Mom says it’s like I’m possessed or something.  I sit in the window and I see all those birdies and squirrels and the leaves blowing around and I just wanna be out there!!  So when I see an opened door, even for a second, I make a run for it!

So far, when I get out I haven’t gone far before I’m captured and dragged back inside.  But it’s driving mom crazy.  She says one of these times I’m gonna take off and get lost and then my picture will end up on a milk carton or something… 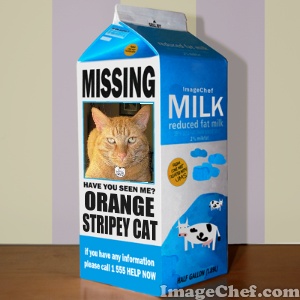 Guess I don’t want that to happen.  Maybe it’s cuz it’s getting colder and there’ll be snow on the ground soon and I won’t be able to go out at all…maybe that’s why I just gotta go out there now…I dunno…but it’s sure getting me in trouble….

Oh yeah, I almost forgot…I won the Halloween Spooktacular Cutest Costume category!!!  If I knew wearing a costume was gonna get me a prize, I wouldn’ve complained so much! 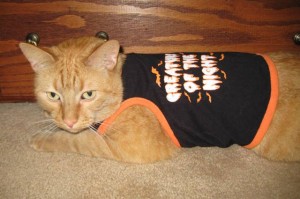 Thanks to everybuddy who voted for me!!  There were a lot of great entries so I’m honored to have won!!!

43 Responses to “What’s That Wally Doing?” 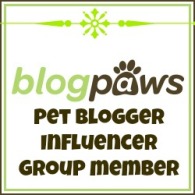 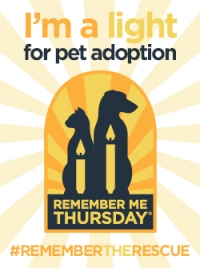 Wally is a Proud Member of The Gorgeous Gingers