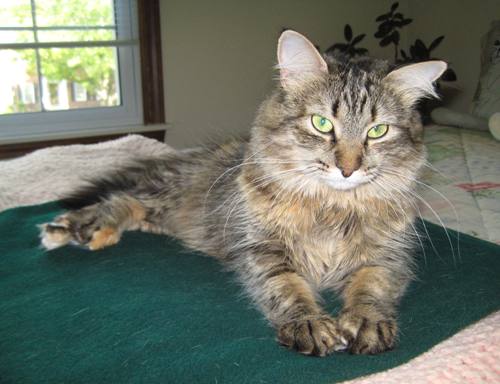 Today is National Feral Cat Day – a day for everybuddy to think about the outdoor kitties.  Y’know, the ones that look like they don’t have a home?  Like  I was when I was living behind the big building where the guy works.  Feral cats live in every community.  They’re the same as domestic cats ‘cept they’re not socialized to humans so they can’t be adopted into forever homes.

The best and most humane way to help a feral cat is through the Trap-Neuter-Return (TNR) program, which keeps feral cats from breeding and helps them and humans to co-exist peacefully.  It also ends alot of bad behaviors associated with outdoor cats like yowling, fighting, spraying and roaming.

When I was caught by the guy and the lady with the yellow hair, they thought about taking me to a shelter but they knew that without proper socializing, there was no way I’d ever be adopted and I probably wouldn’t be here today.  So they decided to keep me and socialize me themselves.  Haha!  They’re still socializing me!! 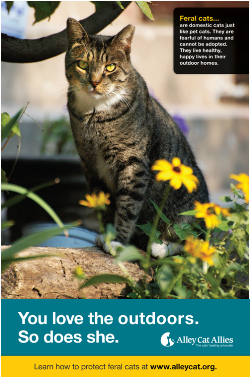 National Feral Cat Day began 9 years ago by Alley Cat Allies,  a national organization dedicated to the protection and humane treatment of cats, ‘specially feral cats.  And I’m happy to tell you that through the commentathon that we had the other day to celebrate the lady with the yellow hair’s birthday, there were 92 comments (yep, we even counted the belated ones!) for a total of $46 to be donated to Alley Cat Allies.  But we’re gonna round this off for a grand total of $50 to be donated!  Thanks to everybuddy who commented!!  These green papers will really help the feral kitties!!