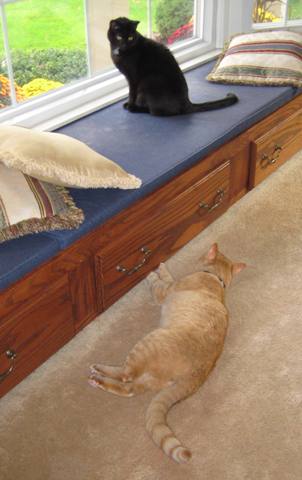 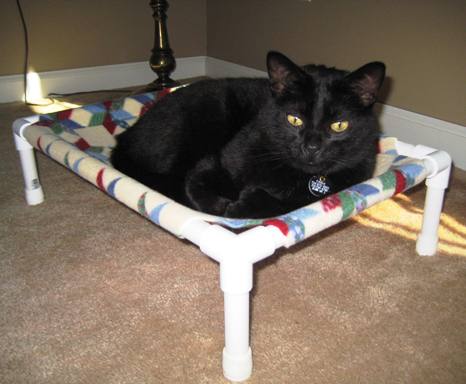 I’ll take a nap in our hammick…
I haven’t used it in a long time!! 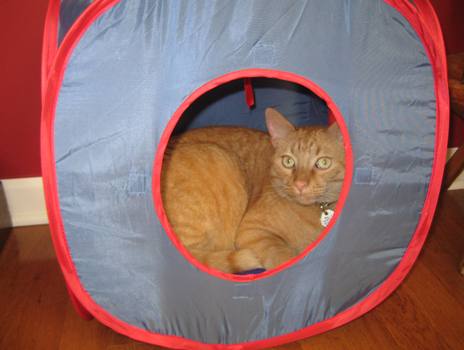 And I’ll use the cube…been awhile since I’ve been in here!!

Island Cats’ Mom here:  Yep, these boys sure keep me guessing.  They haven’t used their hammick much since getting it almost a year ago nor have they showed much interest in the cube.  I was thinking about putting the hammick and cube away since they weren’t being used.  But the other day, low and behold, there was Ernie in the hammick and Wally in the cube!  And then a little later that day, I found Wally sleeping in the hammick!  I haven’t seen him in the hammick since the first day I got it!!  I swear, they conspire to do this stuff just to get me!! 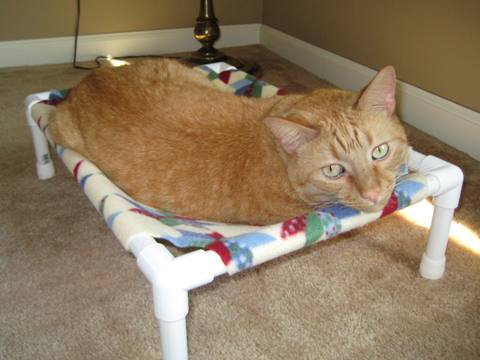