Hey guys. Today is a very somber anniversary. Twenty years ago on September 11, 2001, evil struck our country. Evil humans flew planes into the World Trade Center in New York City and the Pentagon in Washington, DC.

I wasn’t around at that time, but the mom and dad said it was a very sad day. 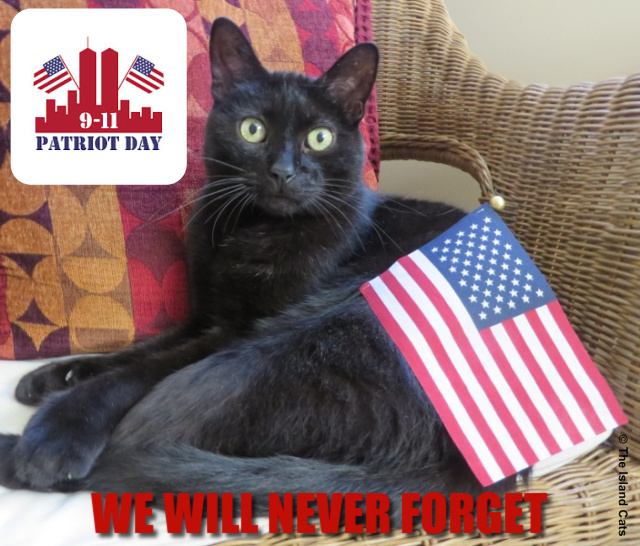 In December of 2001, Congress passed a joint resolution designating September 11 as PATRIOT DAY, a national holiday of remembrance. Today, we remember and honor the thousands of innocent people that lost their lives that day because of those evil acts…the people in the Towers and Pentagon, the firefighters and policemen who tried to save them, and the brave people on United Airlines Flight 93 that stopped that plane from flying into any other buildings. I’m purring for their families because I know…even twenty years later…they miss their loved ones so much.

WE WILL NEVER FORGET.

16 Responses to “Patriot Day – We Will Never Forget”