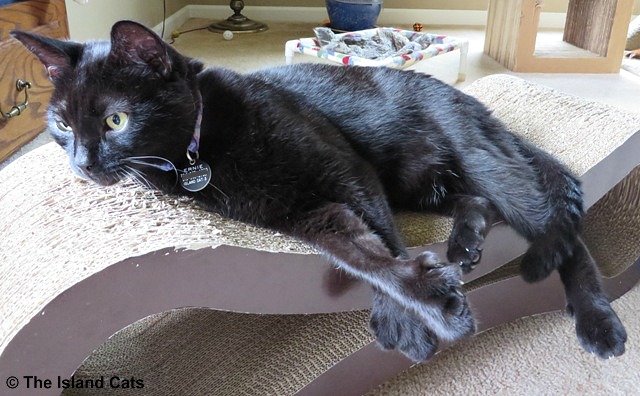 Hi guys! Most of you know that I’m a polydactyl cat…meaning I have extra toesies. Today I thought I’d share some interesting facts about polydactyl cats, or polycats…as I like to call myself.

Polydactylism is a genetic condition passed down through a dominant gene. Some say it’s an abnormality, but I don’t think it’s abnormal at all. If one parent cat is polydactyl and the other has normal toes, then as many as 40-50% of their kittens will have extra toes. I wonder which one of my cat-parents had the extra toes. 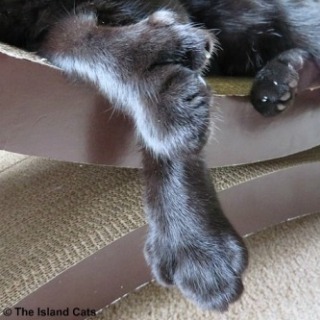 Cats usually have a total of 18 toes…5 on each front paw and 4 on the rear ones. A polycat can have as many as 8 toes on either the front or rear paws. I have 7 on each of my front paws and 5 on my rear, for a total of 24 toes.

The Guinness Book of World Records recognizes a Canadian cat named Jake as holding the record for the most toes. Jake had a total of 28 toes. Hey, he beat me by 4 toes!

Maine Coon cats have the highest incident of polydactylism. At one time, as many as 40% of all Maine Coons had extra toes.

In olden days, sailors thought polycats were lucky and would travel the high seas with polycats onboard. I bet sailing is fun!

Polycats are sometimes called Hemingway Cats. The famous author, Ernest Hemingway (can you figure out how I got my name?), had a polycat named Snowball who went onto have a number of extra-toes kittens. Today, many of Snowball’s descendants can be found at Hemingway’s home in Key West, Florida. They’re considered historical treasures…as they should be.

But about myself, all I can say is having extra toesies makes me extra special…at least that’s what the mom tells me. And now…here’s my extra-toesies selfie. 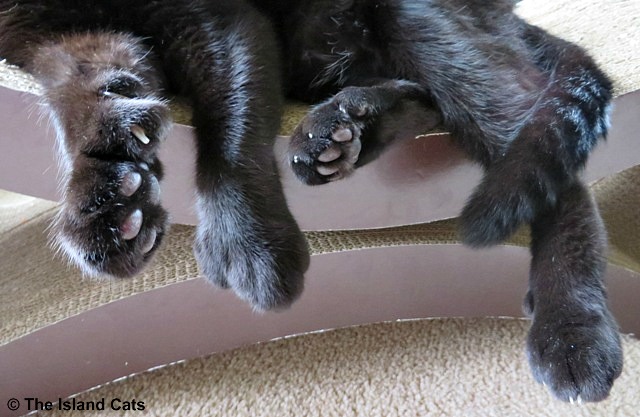 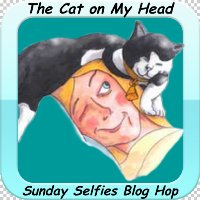 Me and all of my toesies are pawticipating in
The Cat on My Head’s Sunday Selfies Blog Hop.
To join the Hop or to see other selfies
click HERE!