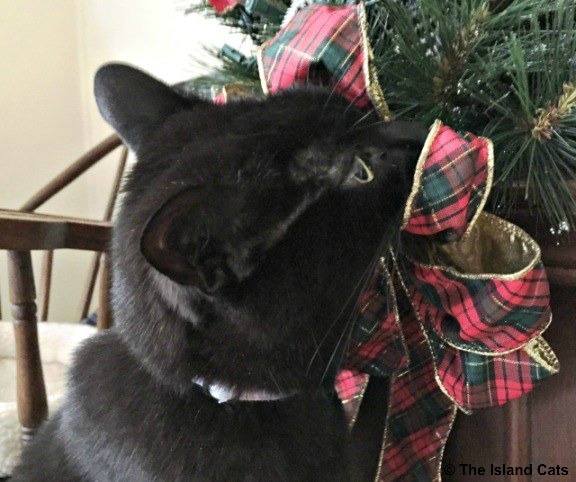 I love rubbing on this bow…getting all my smells on it.  *rub rub rub* 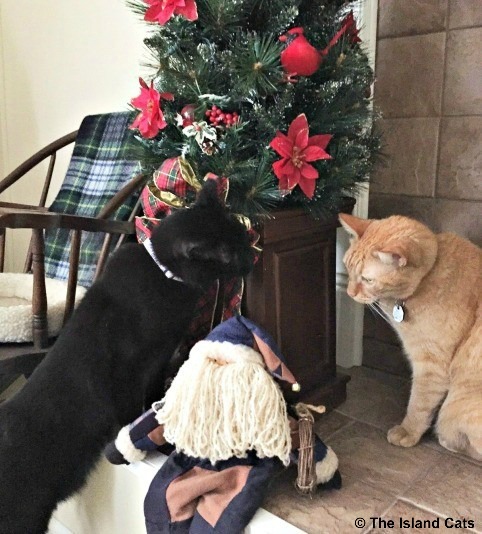 Ernie…you better stop that.  Santa Paws is right there watching you.

Wally…that’s not the real Santa Paws…that’s a decoy Santa Paws.

It’s not the real Santa Paws?  And all this time I’ve been being good and leaving this tree alone…as hard as that has been…because I thought Santa Paws was right there watching.  Well, move over, Ernie…I got some birdie attacking to do!

That doesn’t mean the real Santa Paws isn’t watching you.

53 Responses to “Santa Paws is Watching”