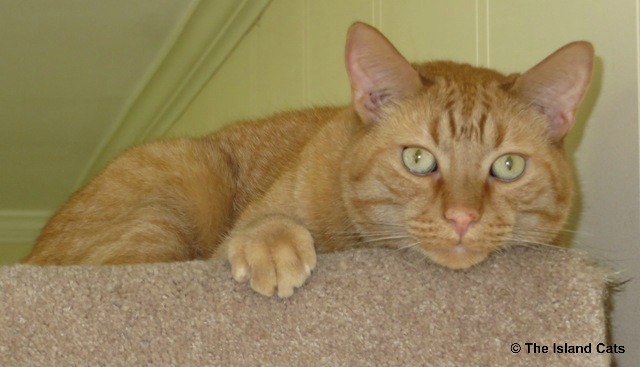 Hey everybuddy.  Y’know…the mom says BlogPaws is not just about the “blog”…it’s about the “paws,” too. Lots of people bring their pets along with them.  Today I’m sharing pictures of some of them that the mom saw when she was there.  You may even recognize a few!

I have to warn you, though.  Some of the pictures aren’t the best…the mom was more focused on the animal than her camera was!

The mom said there were more cats than ever this year at BlogPaws.  Two of the more famous ones were Coco, the Couture Cat…rocking the pink wig…and Herman Tattlecat from It’s a Wonderpurr Life.

I bet you recognize these two…Sophie, from Kitty Cat Chronicles…and Summer!  The mom fell in love with both of them.  Sophie suffers from cerebellar hypoplasia which makes her kinda wobble when she walks, but it didn’t stop her one bit from exploring everything and everywhere.  And Summer?  The mom said she was even more adorable in purrson.

Of course, there were kittens…courtesy of Miss Jeanne from Random Felines.  That’s Taquito on the left…a rare moment of her sleeping.  Salsa, on the right, was fascinated with the laptop. The mom wanted to take Salsa home with her.  Yeah, he might be cute…but there’s room for only one orange boy around this house!  The mom couldn’t believe she didn’t get a picture of the third kitten, named Queso, that Miss Jeanne brought.

I don’t have to tell you who these two are, do I?  The dynamic duo of Waffles and Katie from Glogirly. Katie enjoyed most of BlogPaws from the inside of her Katie-Wagon.  Smart girl, I’d say.

And there were dogs…lots and lots of dogs.  Little dogs, fuzzy dogs, big dogs…

And my purrsonal favorite…sleeping dogs!

There were some unconventional pets there, too…like these ducks…that I call Breakfast and Lunch. And this cool guy…Snotface Ferret.  Yep, the mom said that really is his name. 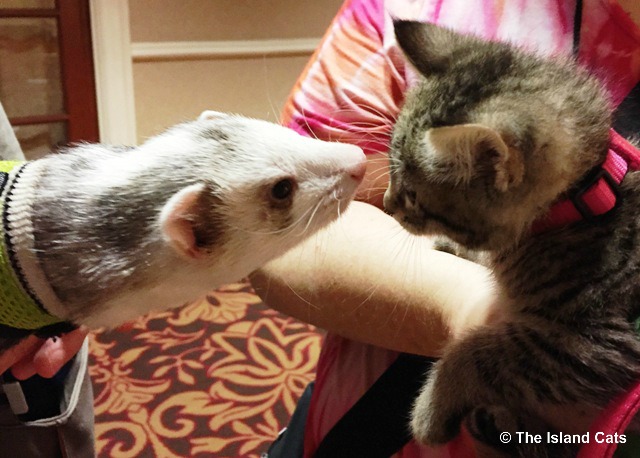 And he was very friendly.  Though he always wasn’t successful in making friends…like here with Taquito.  I don’t think Taquito appreciated a Snotface in her face! 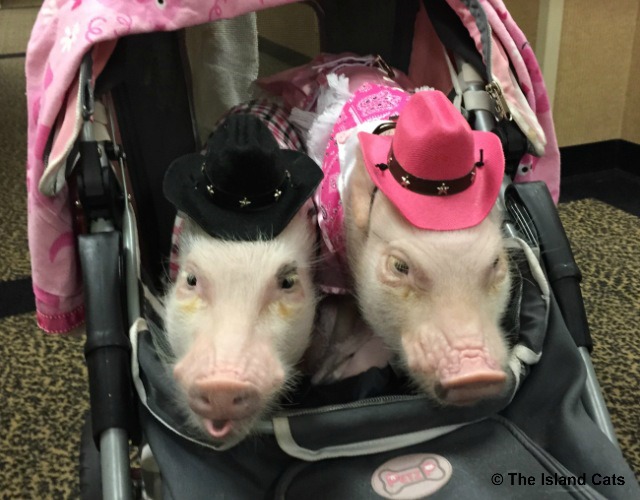 But two of the most unusual pets that made an appearance this year at BlogPaws were Facebook, Twitter and Instagram stars Priscilla the Mini Pig and Poppleton, aka Prissy and Pop.  They were decked out in their cowboy hats ready to paint Nashville pink! 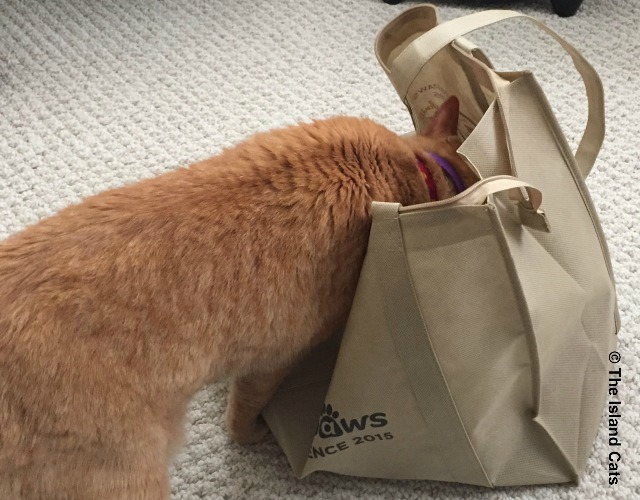 Okay…that’s enough of all the “paws” at BlogPaws.   Now can we check out all the swag?? More to come…so stay tuned…

69 Responses to “What’s That Wally Doing?”