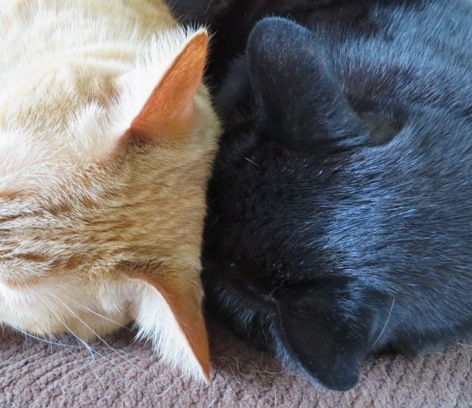 And ears to our buddy, Texas, over at Texas, a Cat in…Austin, for giving us some awards the other day.  Now we haven’t been the best at posting the awards that we’ve received.  We blame the mom…she’s really bad at keeping track of those things.  We told her if she doesn’t want her pay docked, she’s got to do better.  We’ll see how she does.

Texas gave us this cool award called The Cracking Crispmouse Bloggywog Award. Thanks, Texas!  The rules for this award are pretty simple:  To be eligible for the award, a bloggywog must spread one or more of joy, peace, hope and love.  Anyone receiving the award may, if they wish, pass it on to any other anipal bloggywogger whose bloggywog satisfies rule number one.  There’s no minimum or maximum limit on the number of furiends you can pass the award on to…you can be as Scroogy or as generous as you like.

Well, we’re feeling really generous, so we’re passing this award on to all of you! Enjoy it!

Hey Ernie!  Do you wanna tell everybuddy about the other award Texas gave us? 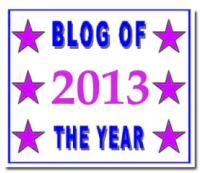 Sure Wally!  We also got the Blog of the Year Award from Texas.  Now we know others have also given us this award.  But, of course…due to the mom’s ineptness…we don’t remember who.  So, thanks, Texas, and anybuddy else who passed this great award on to us!