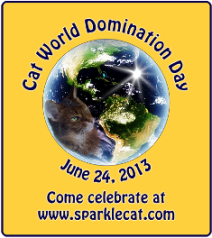 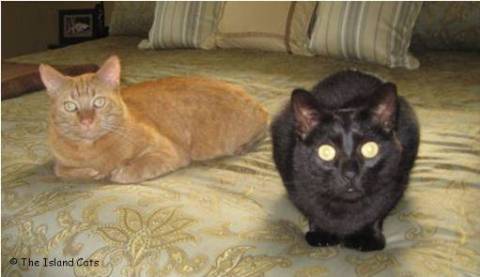 Now we know us cats dominate the world everyday, but today’s the official day of recognition, right Ernie?

Yeah, Ernie!  Let’s start with the moon!  Did you see it last night?  It was huge!!  They call it a Super Moon. 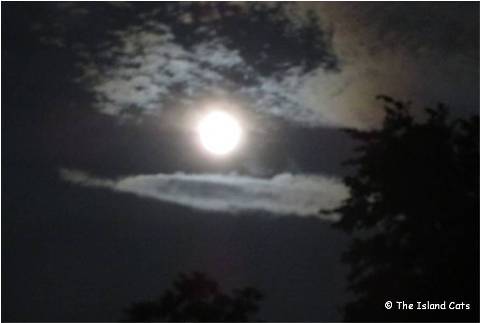 Y’know, they say the moon is made out of cheese, Ernie.

Mmmmmm…cheeeeese…it sounds delicious!  Hey, Wally?  Do you think we could find a planet made out of chick-hen?  Now, that would be domination worthy!!