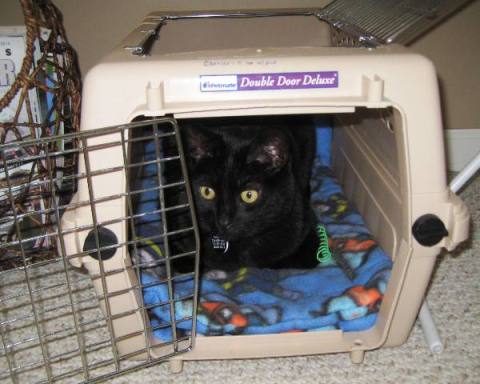 I know…you guys probably think I’m crazy for sitting here in the PTU.  But it’s actually quite comfy in here!!  And as long as those doors are open, I’m fine!!  But close those doors, and you’ll hear me complain LOUD and CLEAR!!

But I did hear mom say that I hafta go to the v-e-t later today.  Time for my annual check-up.  Which means I’m probably gonna get a shot.  Oh, I’m not happy about that one bit!!  And I’ll be letting everybuddy know, too!!

But y’know who’s really gonna be unhappy?  Wally!!  Because he’s gotta go too!!  Not because it’s time for his check-up, but because he’s always so mean to me when I come home from the v-e-t.  Mom says it’s the v-e-t stink on me that makes Wally act so mean!!  So mom takes Wally too so he’ll get some v-e-t stink on him!!  Haha!!  That’ll show him!!  And the best part is that Wally doesn’t know he’s going…yet… 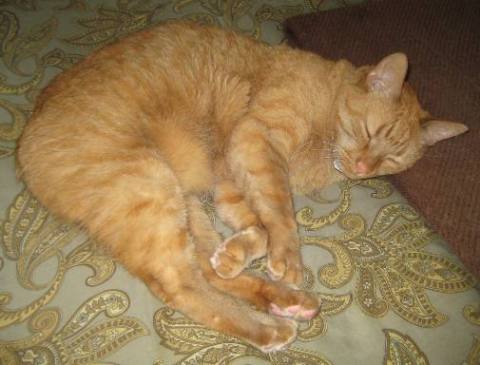 Somebuddy’s in for a rude awakening!!