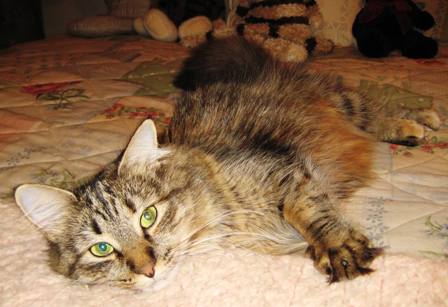 In honor of this day, and given that I’m a formerly feral cat, I thought I’d share some facts about feral cats.  Did you know that…

When I was caught by the guy and the lady with the yellow hair, they thought about taking me to a shelter but they knew that without proper socializing, there was no way that I’d ever be adopted, and I probably wouldn’t be here today.  So they decided to keep me and socialize me themselves.  Besides, I’m so darn cute, they couldn’t resist me! 🙂 And the rest, as they say, is history…. 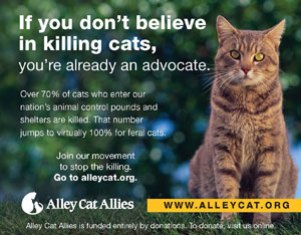 Alley Cat Allies is the only national advocacy organization dedicated to the protection and humane treatment of cats.  Their mission is to end the killing of cats and lead the movement for their humane care.  In honor of National Feral Cat Day, I made the lady with the yellow hair send Alley Cat Allies a donation.  I hope you ask your humans to do the same.